red espresso® was born in a kitchen in Paarl, South Africa, in 2005. The idea came from the lateral-thinking mind and curious musings of an inspired individual who sees a world without boundaries; life with infinite possibilities. Carl Pretorius is (or was) a self-confessed coffee addict. Working from home on his olive farm and tree nursery, it was easy for Carl to drink six espressos before lunch. Harder to swallow were the bitter side-effects drinking too much caffeine left him with… and the toll it took on his health. He knew he needed to find a healthier alternative but was loathe to give up on the espresso style, ritual and intensity of taste that he loved. A cup of tea didn’t cut it – and decaf wasn’t an option. Walking into his kitchen one morning, inspiration struck. Or, as Carl describes it: he had a ‘lightbulb moment’.

Next to his espresso machine, he spotted Rooibos tea – a staple in South African households. He took a few bags, tore them open and poured them into the handle of his espresso machine. What he expressed wasn’t anything close to an espresso – it was weak and watery – but the sheer idea of enjoying the naturally caffeine-free, healthy tea in a whole new way gave Carl goosebumps.

An espresso aficionado, Carl knew that, like coffee beans, the grade of Rooibos tea he expressed would make all the difference. He set about finding coffee’s ‘Blue Mountain’ equivalent in Rooibos – and found one farm whose quality of ‘super grade’ tea, grown at highest altitude, was truly unparalleled. For a few months, Carl silently worked on refining the grind of the tea until, eventually, he was able to express a shot that delivered everything he was looking for: intensity of flavour, delicious taste and, the crowning glory of every espresso, saffron-flecked crema. Just like coffee, he could make cappuccinos, lattes, even iced teas, with his short, sweet Rooibos tea shot – and Carl knew he had found his solution to enjoying the best of both worlds: health and café style.

He took his invention to a local coffee shop in Paarl, called Kikka. Willing to give it a try, they grabbed a chalkboard, wrote ‘Rooibos cappuccino’ across it and watched with amazement as consumers, intrigued by this bizarre concept, ordered – and loved – it! Carl then took it to a renowned research facility and found out that it was even healthier than he had thought: one 60ml espresso shot had ten times the antioxidants of a traditionally-brewed cup of Rooibos tea, and five times the antioxidants of green tea.

Carl believed his innovation had huge potential and global appeal in that it could meet the need of many others who, just like him, were looking for café style and sophistication without the caffeine. He just needed the perfect partners to take it to market.

Sitting in an Internet café in Kathmandu, while on a three-month honeymoon backpacking in Asia, Pete and Monique Ethelston received an email from Carl (Pete’s long-time business partner and friend), inviting them to try a Rooibos cappuccino on their return. Within a week of coming home to Cape Town, Carl arrived at their apartment with an espresso machine in arm, and asked for their hands – and expertise – in taking his product to market.

Pete, an astute businessman with hefty FMCG experience, a spirit for adventure and a brave heart, believed in yet another one of Carl’s ideas and deemed it worth the venture capital risk and his full-time commitment as managing director. After one night of ‘sleeping on it’, Monique, an ex-Unliever, Distell and SAB Miller marketing guru, who had recently resigned from the corporate world, woke up at 6am and told Pete “I’m in” – leaving all dreams of Thai cooking classes and practicing Holistic therapies behind. It was an opportunity – and a challenge – all three could not resist: to take a homegrown innovation to the world, put a new category on the beverage map, and to create a world-class business and brand.

They called it red espresso® and it has been at the centre of Pete and Monique’s lives since 2005.

Roping in Monique’s brother, Nic Reid, in Cape Town, and Carl’s niece, Natasha Larché, in Johannesburg, the first red espresso® brand ambassadors completed the original red team. While Monique created the brand and Pete and Carl set up the business, Nic and Natasha spent their days knocking on doors, convincing café owners to put Rooibos tea in their espresso machines, and driving city-wide to make single deliveries of silver-foil 1kg packs (packed by hand, at night, in Pete and Monique’s apartment) from the boots of their cars. Admittedly, we even had to Google how to create our first invoice after delivering our first sale without one!

Seven years later and our business is very different. Except for one thing: the passion, energy and fervent belief in a very special product and its place in the world that ties together every member of the red espresso® team, both then and now.

For the past few months, we have been putting blood, sweat, tears and too many late nights and weekends into designing and building our brand-smacking new website! And we are thrilled to finally have it LIVE! 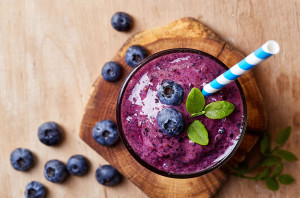 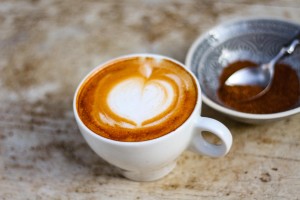 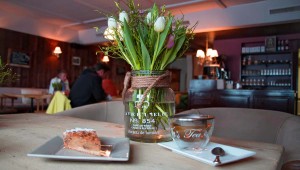